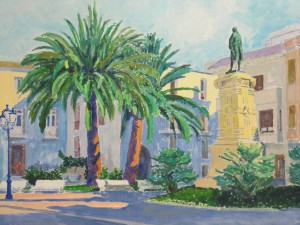 Novelda is a city in the south of the Community of Valencia. It is located in the region called Valle Medio del Vinalopó, on the right-hand bank of the Vinalopó River, at over a height of 241 m above the sea level. It is 17 km away from El Altet international airport and 28 km from Alicante city. It is 165 km far from the capital city of the Autonomous Community, Valencia.

Novelda enjoys a Mediterranean climate with temperatures ranging from 14º C in winter to up to 22º C in summer. It rarely receives more than 400 mm of rain per year.