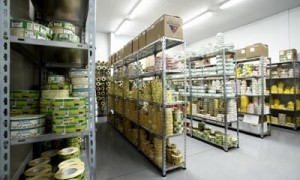 It’s more than a hundred years since the saffron commerce made Novelda become the most important centre of elaboration, commerce of saffron, species, infusions… in Spain. And since then until our days this industry development has been one of the most important head of our economy, although curiously, and because of climatological reasons , it has never been cultivated none of the spices that we work with.

Meanwhile , in Valencia was born the ‘Saffron Exchange’ where it was commercialised nearly every production, although it was cultivated in Albacete and Aragón. In Valencia is where all tradersbought and sold their goods train.

Buying saffron in those places was a great adventure, because the trader went from town to town and from door to door negotiating with the agent («corredor») the «onzas’s» (28.75 g) price and filled wood boxes which were carried to Novelda’s factories by train.

By the 2nd half of the XIX century, it caused a revolution in the sector because of the saffron demand growth by the Indian market.

Our traders settled and associated with France and UK because Hindu traders worked with those commercial centres. Even that, some of our neighbours began to move to India in order to know that fabulous market, as saffron is considered sacred and they use it in their prayers and daily ceremonies. It’s in this moment when it started a commercial close relation between Novelda an India.

At the end of the XIX century it developed a saffron substitute production in order to get to a less purchasing power market. It appeared the called «mixed» class, elaborated with the white and yellow part of the flower. It is in that moment when some familiar factories merged, involving a great impugn for the sector as it meant the end of competencies between them.

This was also a moment in which the different factories created their own brand image to difference between them. So even now we can admire a lot of different metallic boxes with beautiful pictures lithographed on them.

The first decade of the XX century saw a rise in saffron demand in Spain. That supposed a rise in price, so it appeared a cheaper substitute: food colouring. At the same time it was born the small «envelope flap», a small paper envelope which contained the correct dose for just one meal. It’s was a fantastic discovery because they were well sold, and it supposed the creation of the famous «porches», familiar stores in which, in the main, women, worked wrapping up these «envelope flaps». This contributed to help the family economies because women could win an extra salary. They should fill and wrap up at least 3.500 saffron or food colouring «envelope flaps» in 8 hours of labour journey. Some of them could even fill more then 4.000 units. It also took place a skill match.

A motorbike mechanic from Novelda, Francisco Martínez Díez, invented an automatic machine which filled 3.500 «envelope flaps» per hour. This was a big revolution in the sector.

From that moment till our days the sector has changed and increased. We have new and different containers and vessels and we produce different products such as infusions, all types of teas, sweeteners, tastes for meals… each day with more and new tastes and formats, and making this sector one of the head engines of our economy not only in this city but also in the national market. 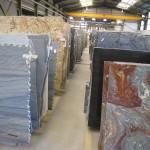 The most important marble extracting and manufacturing points on the area of Alicante are located in Novelda, Pinoso, Monforte del Cid, Monóvar, Algueña and La Romana. This concentration of such a rich natural environment has been base for the development of the most important marble producing and manufacturing centre in whole Spain, and one of the finest world-wide, which Novelda makes the biggest amount of marble production between them all.

We can be proud today that more of 90% of the global production all over Alicante area is covered by extracting and manufacturing factories under de trademark «Mármol de Alicante», a Land ofValencia Association, which headquarters are established in Novelda.

The important figures of this industrial sector into the economy of Alicante can be shown by its 30.000 employees. And one of the most important contributions to it is the overall view of its management, making a tremendous effort for the last five years with an investment over 120 million €, providing marble industry with the latest technology, setting it ahead this activity world-wide.

Due to the related efforts, the quality of its production and its external promotion, the companies of Novelda and its surrounding area make up to 60% of the Spanish marble export, second of importance in Alicante after footwear industry.

Day after day, the promotion and representation the association of marble producers and manufacturers makes all over the world, supported by national and local authorities, gives this industrial sector great importance, otherwise impossible.

The marble industry association «Mármoles de Alicante» has been taking part on national and international promotion activities, such as «El Día del Mármol» (Marble Day), with twelve editions; its participation in national and international trade fairs within its own stands; its presence in international events; edition of brochures, CDs, videotapes, books, and its best known magazine «Mármol de Alicante, Asociación de la Comunidad Valenciana» and the book “Yo, El Mármol” (I, the Marble); and its continuous presence on Mass-media and academical forums related to the architecture and construction. Many technical work-shops and training programs are taking place to get the best professionals in marble industry, within a provided financial support from the marble companies and their associates.

The technical department for marble and stone of the Marble Association, recently presented, provides the sector highly performed research work, development and innovation, so important in those days of great competitiveness. The day the Institute for Marble Industry becomes a reality is near so the Town Hall Corporation of Novelda already has provide land to building it, showing its great interest on this project.

The creation of a marble dump and a marble residual deposits is an outcome of this interest, as well as the recycling protocols taking place to preserve the environment.

In general terms and as the most important task, the Marble Association offers support to all projects created to preserve, to inform and to convince architects and potential trade groups about the marble and stone manufacturing training in Alicante area. A great effort has been taken to improve ornamental stone industry, the particular manufacture of Novelda and the Land of Valencia. 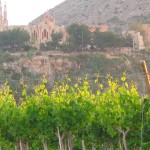 The city of Novelda accounts for most of Spain’s industry devoted to the preparation, packaging and marketing of seasonings, spices and teas.

This traditional activity began in Novelda last century with the trade in saffron, a much-valued spice that mainly grows in La Mancha but is also grown and sold in Novelda, from where it began to be exported around the world to meet demand.

There is not doubt that the most spectacular process affecting Novelda’s growing cultivation has been, without any discussion, the substitution of the ancient dry farming for the new irrigation farming systems.

Within this new process Novelda has improved its important role as head of the economical situation on the Medio Vinalopó area, being one of the pioneers on land agriculture transformations and agrarian income figures.

On the early fifties over the twentieth century, Novelda began with a clear vocation for export activity, due to the new irrigation systems and its best known grapes variety, «Aledo», which growsYtrough metallic nets, know as «espalderas», and the fruits are covered with white paper bags, saving those to be exposed to the weather and the chemical treatments and provide grapes with a malted yellow colour, one of the Vinalopó grapes’ main particularities. All of it has configured an enormous land ground for the irrigation farming systems, allowing grape growing areas to increase from 1000 ha in 1960 to 2100 ha in 2003.